FOOTBALL: An up and down season came to a hault last Saturday as Phuket FC punched in four goals against a much weaker JW Rangsit team at Surakul Stadium in Phuket. Players of Phuket FC acknowledge the supporters section after winning 4-0 to close out the 2012 season. 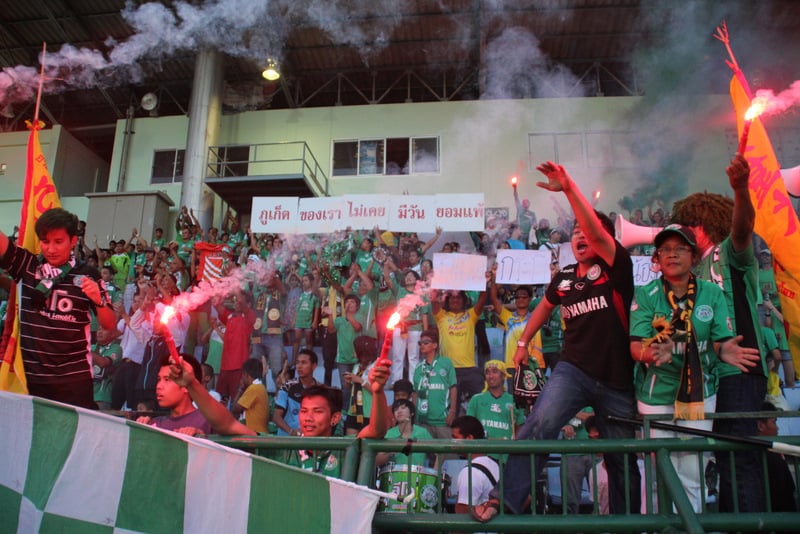 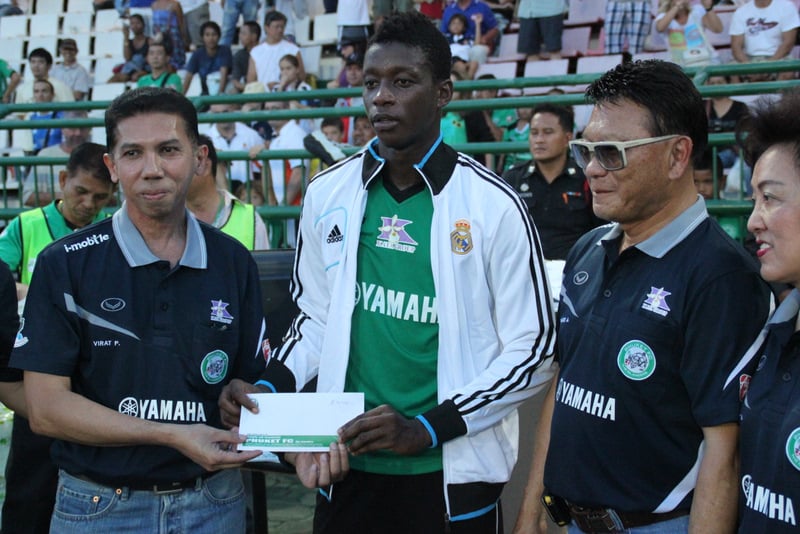 The win puts Phuket FC in 13th place to finish the 2012 Thai Division 1 season, securing them a spot in the league next year after flirting with possible relegation the last few weeks.

Nonthaphan Jeansathawong got Phuket FC off to a roaring start with his goal at the two minute mark. A goal by Taiwin Bootsom at the 63 minute mark was celebrated by the large crowd, many of whom sat in the supporters section.

Man of the Match Ibrahim Kanoute put away two goals himself at the 43 and 72 minute marks.

"I'm happy that the team got through this and we have another chance to go to (Thai) Premier League next year. That is the goal," Kanoute said after the match.

The last stretch of the season saw the team pull through adversity that included the hiring of new head coach Anurak Srikerd, their captain surviving a car accident, and the suspension of their goalkeeper.

Phuket FC now finish with 40 points - six points away from the relegation zone. The team waits for the 2013 season, which starts in February, to get another crack at entering the Thai Premier League.