SUPERKIDZ: The Thanyapura Superkidz Duathlon presented by Class Act Media was successfully held last Saturday (October 5), even though the rain competed the whole race as well. 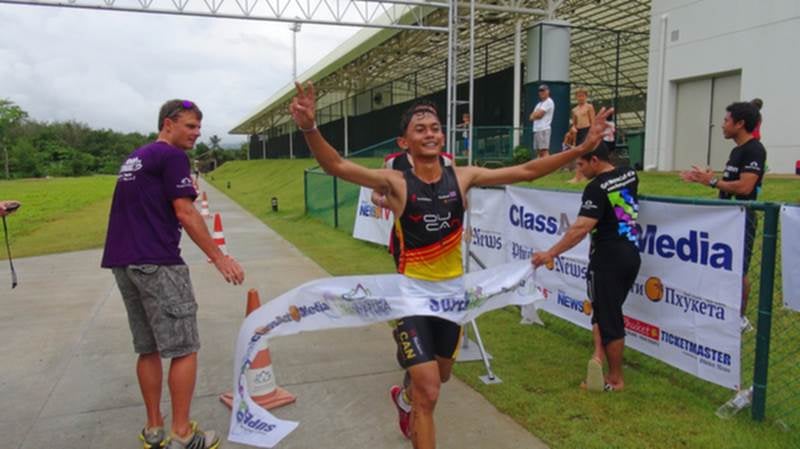 Altogether, there were 60 Superkidz in the race from Russia, The Netherlands, United Kingdom, South Africa, New Zealand, France, Australia, and Thailand. The race was tough and challenging, but all the Superkidz managed to complete the course.

Thanyapura Superkidz Duathlon presented by Class Act Media would like to thank CBRE, Secure Wealth and Lee Marine for giving Thai athletes the opportunity to train and join the race.

They would also like to thank Phuket International Hospital, and The Phuket News, Live 89.5 and Phuket News TV crews, who cheered on the young athletes throughout.

The next Superkidz Triathlon race will be on Saturday, March 8, 2014:

Superkidz are invited to train with the professionals at Thanyapura’s regular training sessions:

Train hard and train smart. See you at the Superkidz Triathlon Race in 2014.