Iraqi factions threatening to oust US troops, officials denouncing American “violations” and fears of a new Gulf war: a US strike has catapulted Iraq back to the tumultuous aftermath of the 2003 invasion. 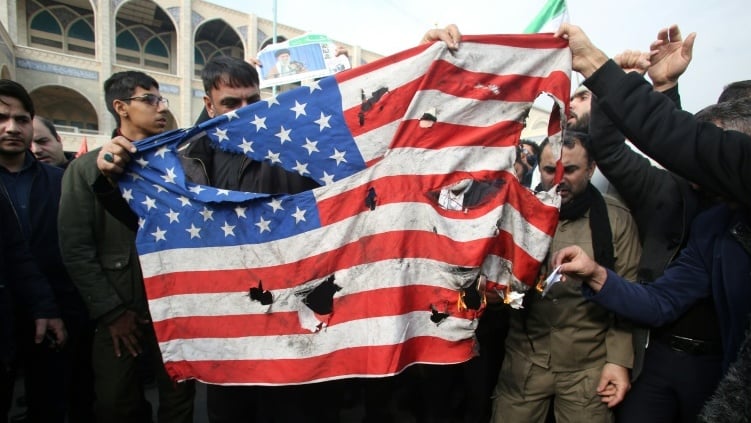 Iranians burn a US flag during a demonstration against American ‘crimes’. Photo: AFP 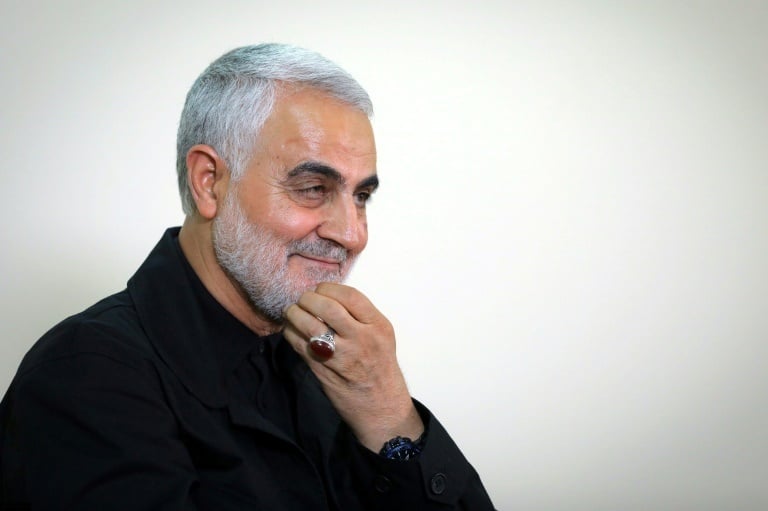 Qasem Soleimani, commander of the elite Quds Force of the Iranian Revolutionary Guards Corps (IRGC), was killed in a US strike on Baghdad’s international airport. Photo: AFP “The world cannot afford another war in the Gulf,” he said.

The US attack was the most dramatic escalation yet in a feared proxy war between Iran and the US on Iraqi soil.

It also opened the door to fierce criticism of the US, harkening back to the years following the American-led invasion that toppled ex-dictator Saddam Hussein.

“The narrative of anti-Americanism is coming back,” said Renad Mansour of the London-based Chatham House.

“America hasn’t done something this aggressive in a while, so it has brought back memories of the American military occupation of Iraq, as well as the same language and discourse,” he told AFP.

Iraq’s premier, Adel Abdel Mahdi, condemned the strike as a violation of Iraqi sovereignty and of the US military’s mandate in the country.

Around 5,200 American forces are deployed across Iraq to train and advise local troops targeting the remnants of the Islamic State group.

Pro-Iran factions had for months been urging parliament to revoke the bilateral agreement allowing US troops in Iraq, and Mansour said the strike could bolster their argument.

Top officials in the Hashed al-Shaabi, a network of mostly pro-Iran groups incorporated into the state, swiftly began calling for the departure of US forces.

Leading Hashed member Hadi al-Ameri urged lawmakers “to take a bold decision to oust foreign troops from Iraq, because their presence has become a threat for Iraqis”.

Firebrand cleric Moqtada Sadr swiftly reactivated his Mahdi Army, the notorious militia that fought US troops after the invasion but which was dissolved nearly a decade ago.

Qais al-Khazali, a US-sanctioned paramilitary leader, also called on his fighters to “be ready” following the strike.

And Kataeb Hezbollah, a hardline Hashed faction, predicted that the deadly raid would ring in “the beginning of the end for the US presence in Iraq and the region”.

Less than a week earlier, the US had killed 25 Kataeb Hezbollah fighters in retaliatory bombings for the death of an American contractor in northern Iraq.

In response, streams of Hashed supporters laid siege to the US embassy in Baghdad this week.

Even Iraqi figures known not to back the Hashed, including top Shiite cleric Grand Ayatollah Ali al-Sistani and President Barham Saleh, condemned the strike publicly.

“Iraqi political classes are likely to align more strongly with Iran due to compulsory solidarity and some indignation,” he said.

The Iraqi premier said Muhandis – who was deputy head of Hashed and therefore a government official – would be mourned in an official funeral procession on Saturday (Jan 4).

Iraqi state television reported a further US strike in Baghdad on Saturday morning, targeting a convoy belonging to the Hashed al-Shaabi, but there was no immediate comment from Washington.

US ‘neither cares nor matters’

“It means that the United States is engaged in a conflict with a component of the state-sanctioned Iraqi security forces,” he warned.

As a result, Washington felt it was “no longer the most powerful actor in Iraq” and sought to regain leverage through the “adventurous policy” of the Soleimani strike, he said.

Ramzy Mardini of the US Institute of Peace said the crisis may have been caused by a “miscalculation” on both sides, with the US overestimating the threat to its embassy.

“Tehran did not appreciate that the threat of another Iranian hostage crisis would change the rules of American engagement,” Mardini said, referring to the 1979 storming of the US embassy in Tehran.

The US action also frustrated traditional allies as it was launched with little coordination or advance warning, according to diplomatic sources in Baghdad.

Iraq’s parliament will hold an emergency session Sunday, with lawmakers threatening to call for the ouster of US troops.

“Iraqis realise that the US isn’t a long-term ally – it neither cares nor matters,” said Mansour.

They see a US administration without a cohesive objective while Iran’s policy is more fixed.

“There used to be a debate about who has influence, the US or Iran? Now no one is even asking – Iran has the clear advantage.”

A fresh air strike hit pro-Iran fighters in Iraq early Saturday, as fears grew of a proxy war erupting between Washington and Tehran a day after an American drone strike killed a top Iranian general.

The killing of Quds Force commander Major General Qasem Soleimani in Baghdad on Friday was the most dramatic escalation yet in spiralling tensions between Iran and the United States, which pledged to send more troops to the region – even as President Donald Trump insisted he did not want war.

Iran’s ambassador to the United Nations, Majid Takht Ravanchi, told CNN that the killing was an “act of war on the part of the United States”.

A new strike on Saturday targeted a convoy belonging to the Hashed al-Shaabi, an Iraqi paramilitary network dominated by Shiite factions with close ties to Iran.

The Hashed did not say who it held responsible but Iraqi state television reported it was a US air strike.

A police source told AFP the strike left “dead and wounded”, without providing a specific toll. There was no immediate comment from the US.

It came hours ahead of a planned a mourning march for Soleimani, who was killed alongside Hashed number two Abu Mahdi al-Muhandis in the precision drone strike.

Trump said the 62-year-old, who had been blacklisted by the US, had been plotting imminent attacks on American diplomats.

His assassination has rattled the region, with Iraqis fearing a proxy war between Washington and Tehran.

A total of five Revolutionary Guards and five Hashed fighters were killed in Friday’s strike near Baghdad international airport.

Their bodies will be laid to rest in an elaborate mourning procession on Saturday, beginning with a state funeral in the capital and ending in the Shiite holy city of Najaf to its south.

The bodies of the Guards will then be flown to Iran, which has declared three days of mourning for Soleimani.

Tehran has already named his deputy, Esmail Qaani, to replace him.

Trump hailed the operation, saying he decided to “terminate” Soleimani after discovering he was preparing an “imminent” attack on US diplomats and troops.

He insisted Friday Washington did not seek a wider conflict, saying: “We took action last night to stop a war. We did not take action to start a war.”

But hours later the Pentagon said between 3,000 to 3,500 troops would be dispatched to Iraq's southern neighbour Kuwait.

Secretary of State Mike Pompeo praised Washington’s partners in the region, but said their European allies “haven't been as helpful as I wish that they could be”.

“The Brits, the French, the Germans all need to understand that what we did, what the Americans did, saved lives in Europe as well,” he said.

Some 14,000 troops were already deployed as reinforcements to the Middle East last year, reflecting steadily growing tensions with Iran.

There are approximately 5,200 US troops deployed across Iraq to help local forces ensure a lasting defeat of Islamic State group fighters.

Pro-Iran factions have seized on Soleimani’s death to push parliament to revoke the security agreement allowing their deployment on Iraqi soil.

Lawmakers are to convene in emergency session on Sunday and are expected to hold a vote.

Paramilitary figures in Iraq including US-blacklisted Qais al-Khazaali and militiaman-turned-politician Moqtada Sadr called on their fighters to “be ready” after Friday’s strike.

Soleimani had long been considered a lethal foe by US lawmakers and presidents, with Trump saying he should have been killed “many years ago”.

Following Friday’s strike, the embassy urged US citizens to leave Iraq immediately and American staff were being evacuated from oil fields in the south.

Analysts said the strike, which sent world oil prices soaring, would be a game-changer.

“Trump changed the rules – he wanted (Soleimani) eliminated,” said Ramzy Mardini, a researcher at the US Institute of Peace.

Phillip Smyth, a US-based specialist on Shiite armed groups, described the killing as “the most major decapitation strike that the US has ever pulled off”.

He expected “bigger” ramifications than either the 2011 operation that killed Al-Qaeda chief Osama bin Laden or the 2019 raid that killed IS leader Abu Bakr al-Baghdadi.