tourismtransporteconomicsenvironmentpollutiontechnology
By The Phuket News 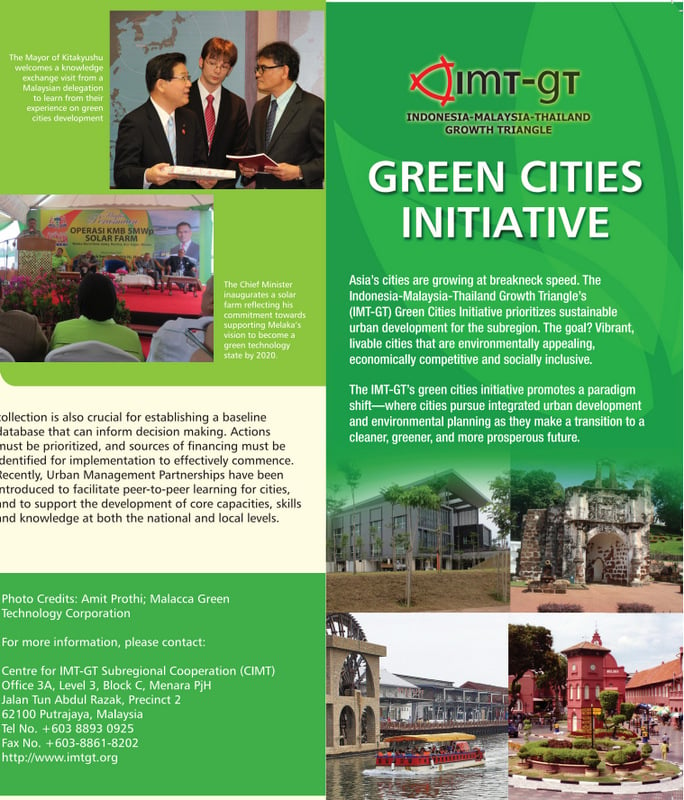 The IMT-GT is a subregional cooperation initiative formed in 1993 by the governments of Indonesia, Malaysia, and Thailand to accelerate economic and social transformation in less developed provinces.

Present at today’s meeting, held at the Pullman Phuket Arcadia Naithon Beach and which focussed on the launch of Integrated Green Urban Transport Plans under the IMT-GT, were Phuket Governor Norraphat Plodthong as well as key IMT-GT initiative figures
Also present were representatives from international organisations providing technical support such as Alfredo Perricone, Director of Regional Cooperation and Coordination, and Hidi Iwaza, Director of Thailand office from the Asian Development Bank, and Pairoj Photivong, Director of the IMT-GT Sub-Regional Cooperation Centre.

Mr Arkom explained that the Green Transport Integration Study and Seminar program was supported by the Asian Development Bank (ADB), which aims to develop a friendly transportation development plan.

“The integrated IMT-GT program is to support the development of famous areas, such as Phuket, Krabi, Langkawi, Penang and Sabang,” he said.

“The Green Transport Integration Program is an important part of Green City Initiative under the IMT-GT Plan, which seeks to achieve sustainable development, create new economic opportunities and improve the quality of life for the people in the area,” he added.

“In particular, the establishment of a single destination is a sustainable one, as the five cities are now facing the challenge of global warming, rapid urban expansion, dense traffic and the loss of tourists,” Mr Arkom noted.

This will adversely affect the future economic growth of the cities, which depend on tourism revenue as their main factors. Without prior management and planning, Phuket and Krabi provinces could suffer, he explained.

Such a focus on sustainable development were vital for destinations such as Phuket and Krabi, he said, adding that the IMT-GT area should be extended to include other cities in Thailand in order “to drive the development towards sustainability, tangible results”.

Mr Arkom added that the government had implemented several projects to solve traffic problems in Phuket, such as the construction of the bypass road and underpasses, and that the development of a light-rail mass-transportation system is currently underway.

“In addition, the study of the construction of a second Phuket airport to reduce congestion and accommodate the increasing tourism is currently being done,” Mr Arkom said, referring to the airport currently planned to be built in Phang Nga Province, north of Phuket. (See story here.)

“The relevant agencies are currently studying the environmental impacts and other aspects for the construction,” he said.

Of note, only last week did international bike-share company ‘ofo’ cease its operations in Thailand, and in Phuket. No reason was given in the official announcement of the withdrawal, though it was well documented that many of the bicycles provided were taken and used freely by locals nearly all over the island. (See story here.)