PHUKET: A Russian tourist was taken to hospital after he suffered a deep gash to his foot in what doctors currently believe was inflicted by a stingray while swimming at on island off Phuket’s east coast yesterday (Oct 3). 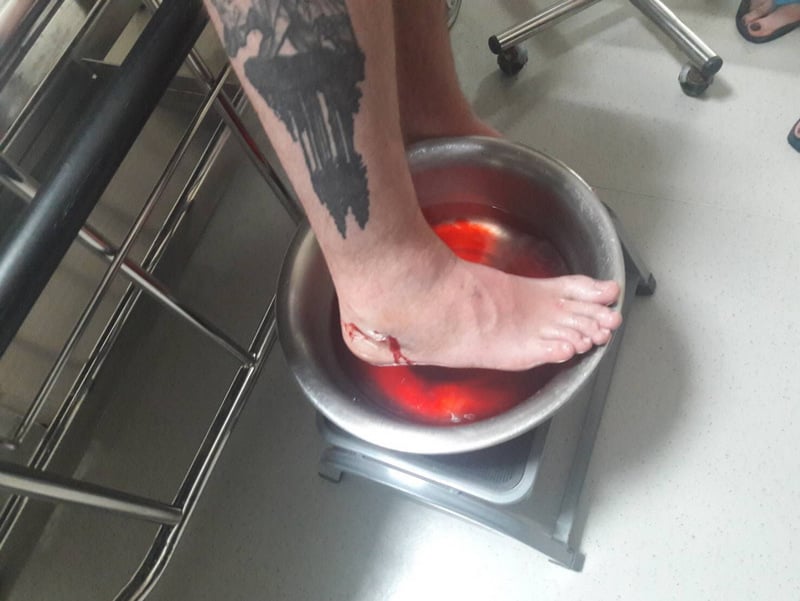 The man, named by Tourist Police as Alexander Grachev, 26, was swimming at Rang Island, the next island off the east coast behind Koh Maphrao (Coconut Island), when he sustained the injury yesterday afternoon, reported Lt Jetsada Wichean of Phuket Tourist Police.

Tourist Police were notified of the incident at 3:30pm.

“Mr Alexander had an injury on his right foot. He was taken to Dibuk Hospital,” Lt Jetsada noted in his report.

“The wound as 8mm long and 3cm deep. Doctors believe that the injury might have been inflicted a stingray,” he added.

Mr Grachev arrived in Phuket last Thursday (Sept 28) and was to depart this Saturday (Oct 7).

He is travelling on a tour operated by Biblio Globus, but was on a tour conducted by local operator

“A Time Major Tour”, at the time of his injury,” Lt Jetsada explained.

“He departed Phuket from Chalong Pier to go to Phi Phi Island on Monday and stayed there one night before the tour headed back to Phuket yesterday,” he added.