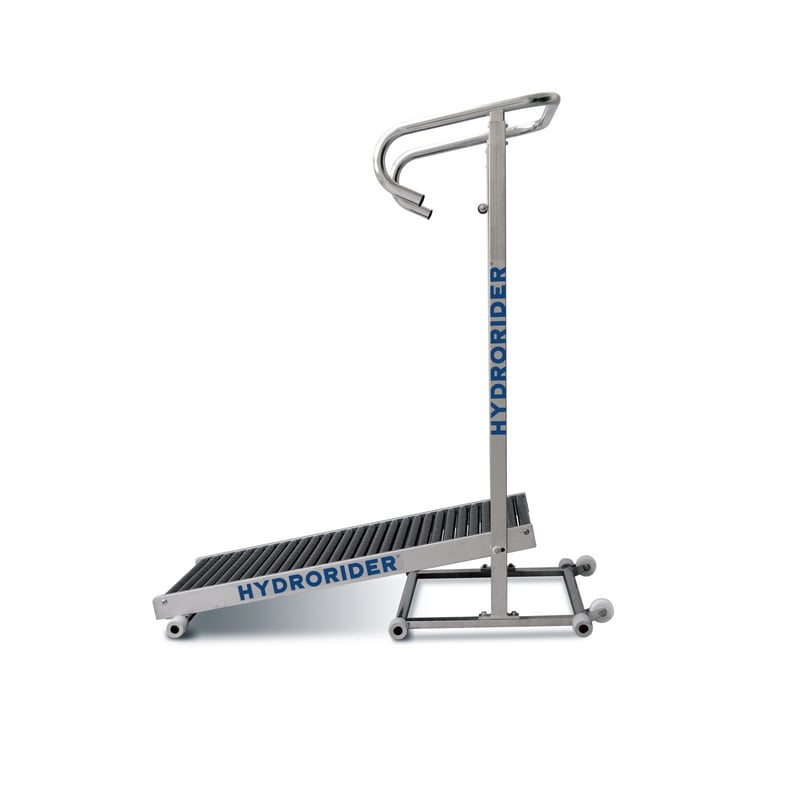 Over the last decade, aquafitness has become a major fitness trend in Europe, though the technology (in particular aqua-treadmills and aqua-bikes) has actually been in use, mainly for rehabilitative purposes, for more than double that.

According to Diane, the natural properties of water such as resistance and buoyancy allow for a more accommodating and fun environment to work-out in.

By pedalling or running in water, the liquid supports the body and resists your movements, i.e. the harder you cycle or run, the more resistance you experience, and the harder the workout.

“It’s a great way of staying fit,” explains Diane. “There are no limitations – it’s open to everybody; obese, old or people suffering from muscular injuries.”

In fact, the latter is how she discovered aquafitness herself.

“I’ve been interested in sport ever since I was a little girl, and used to go running for a large part of my life, but a few years ago, I had some knee problems and had to stop running – it was a very difficult time for me.”

During a two year period, from 2011 to 2013, spent in her native Bordeaux (Diane has lived in Phuket since 1999), she read a newspaper advertisement for aquafitness in her local newspaper.

“It was for a discount session at a fitness centre, so I went along and did a session. After five minutes I knew I wanted to do it more, and loved it so much I started going five times a week.”

A short time after, Diane decided to return to Phuket and bring her European discovery with her. She is now the managing director of Thailand operations for aquafitness company Waterfit.

“When I was in Europe I thought that it was a perfect opportunity for Phuket as there are lots of people here with swimming pools.”

Selling aquafitness equipment for personal use is just one part of Diane’s plan. With an instructor’s certificate, she can train both people and companies in how to use the machines, and intends to also sell to hotels, resorts, spas and hospitals.

She will soon also be working with a Russian and English speaking personal trainer, and be giving private training sessions in customers’ homes.