PHUKET: Phuket Vice Governor Supoj Rotreuang Na Nongkhai this week held a meeting with the Geo-Informatics and Space Technology Development Agency (GISTDA) to discuss the development of an information system that will gather data to assist with marine activity in a bid to prevent future marine disasters.

tourismmarineSafetyaccidentsdeathdisastersenvironmentnatural-resources
By The Phuket News 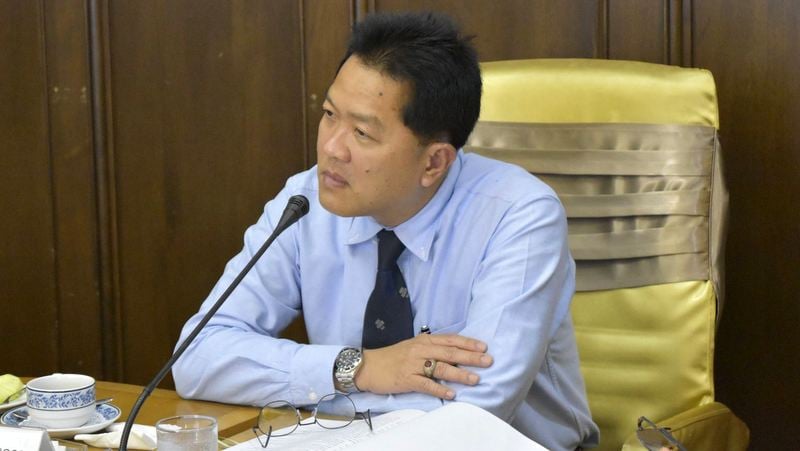 The news was revealed at a meeting earlier this week. Photo: PR Dept The news was revealed at a meeting earlier this week. Photo: PR Dept

Following the meeting, V/Gov Supoj announced that authorities will work together with GISTDA in developing the system that will benefit the tourism industry as well as the island as a whole.

V/Gov Supoj announced in a statement on Wednesday, “We held a meeting with relevant government departments and GISTDA in which it was agreed that a working group would be set up, led my myself, in order to provide GISTDA with what is required to build an advanced solution for marine safety in Phuket.”

“GISTDA aims to provide Phuket with the ability to prevent and resolve marine disasters in the most efficient manner with the use of modern satellite technology. Monitoring stations will be installed in the Phuket Marine Office on Chalong Pier, linked to the marine traffic control system (VTMS),” V/Gov Supoj said.

The Vice Governor spoke of the reasons behind the project, sighting the tourism industry as a key factor.

“Phuket is a province that is very popular among tourists from all over the world. In 2018, more than 14 million tourists arrived in Phuket, generating over B300 billion in revenue,” he said.

“It is ranked second in Thailand after Bangkok and is one of the top 10 cities in the world to travel to according to MasterCard’s 2018 Global Destination Cities lndex.

“However in July, 2018, Phuket had a very serious marine disaster which killed 47 Chinese tourists and we must prevent such occurrences from happening again,” he stressed.

Earlier in the week, the government announced that Phuket has been allocated as a city that will be transformed into a ‘smart city’ – an urban area that uses different types of electronic data collection sensors to supply information which is used to manage assets and resources efficiently. (See story here.)

Back in 2008, Thailand had its own satellite, developed at the European Aeronautic Defence and Space Company (EADS), launched into space.

The satellite has been used to observe natural resources in the country by gathering information to be used by both the government and public for research and mapping.

The information that is gathered from the satellite can also be sold to other countries.

On March 24, 2014, THEOS captured images showing some 300 objects in close proximity to the suspected crash site of Malaysia Airlines Flight MH370, in the Indian Ocean.