PHUKET: Switzerland: the land of FIFA, superior yellow-and-blue-striped guards, army knives, chocolate, cheese, skiing, banks and watches... and what grand Swiss list would be complete without Roger Federer, the International Red Cross, world peace and not to mention, the Large Hadron Collider – you know, that huge science facility under the Swiss-French Alps near Geneva, where reality as we know it is being tried, tested, challenged and changed? 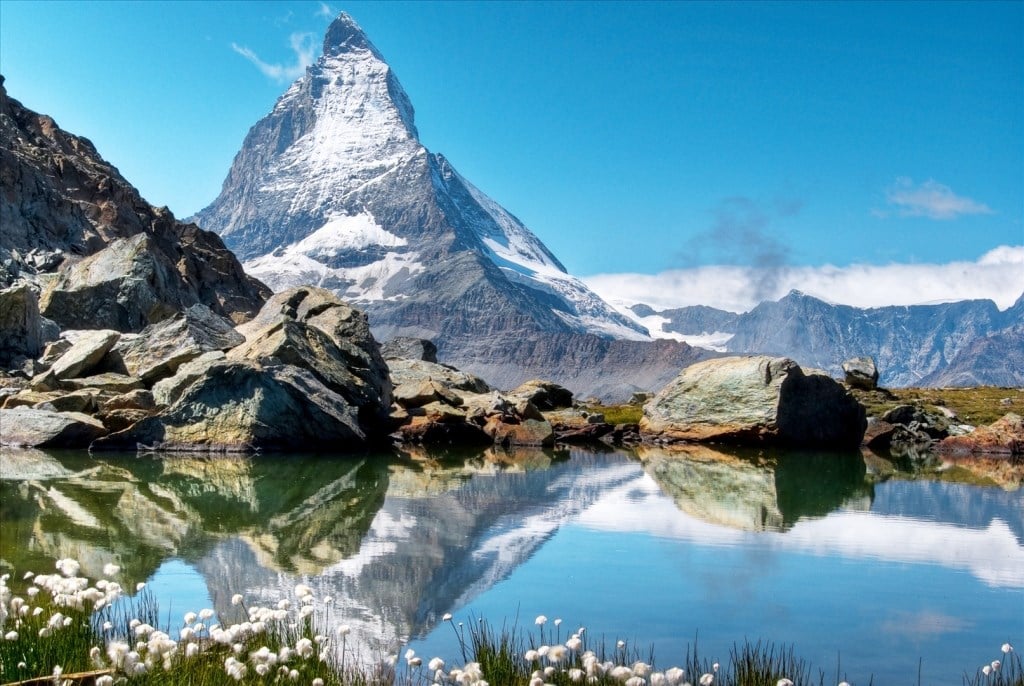 Swiss is famed the world over for its Alpine scenery. 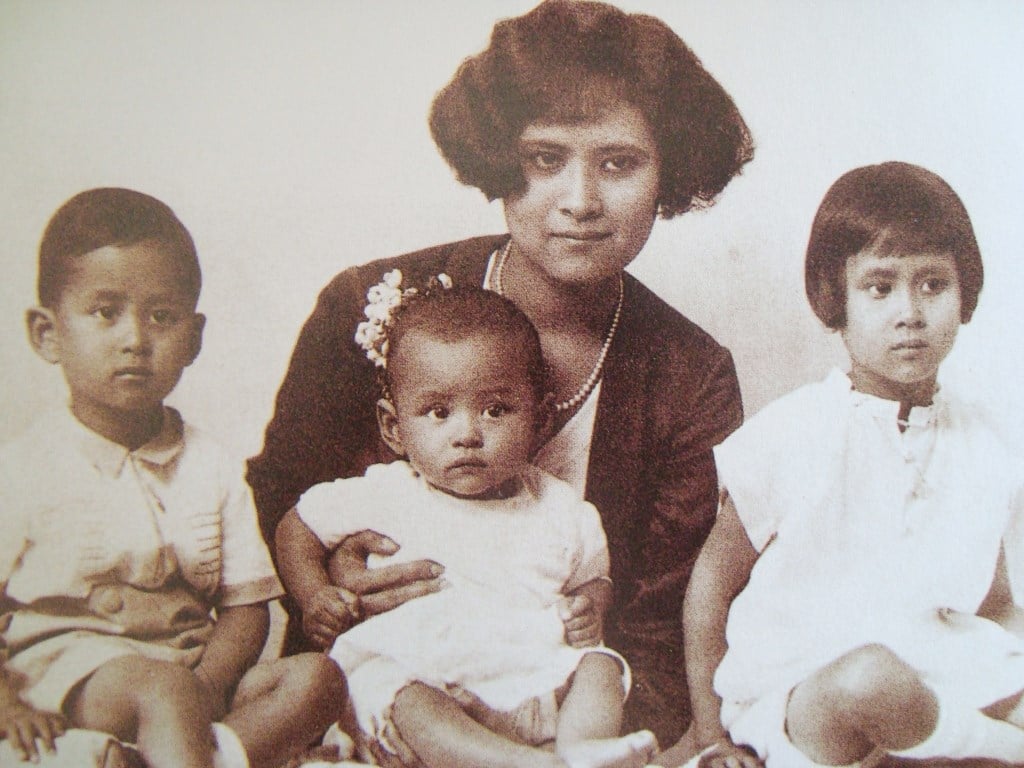 The Thai Royal Family lived in Switzerland throughout the 1930s. For a country whose population represents little over 0.1 per cent of the planet, the Swiss have certainly made their mark, carrying more than their weight in furthering humanity’s grand cause.

As you read this, on August 1, some eight million souls around the globe – who are proud to identify as Swiss – celebrate their National Day.

And here in Phuket, and indeed across the Kingdom of Thailand, thousands more will happily join in on the observance of Schweizer Bundesfeier, or as the French-speaking Swiss call it, Fête nationale Suisse, (or Festa nazionale svizzera for the Italian Swiss).

This day commemorates the Federal Charter of 1291, made among three cantons (the Swiss version of a state – today, Switzerland has 26), namely of the Uri, Schwyz and Unterwalden Alpine areas.

That initial confederation laid the groundwork for several more pacts to be formed in the following centuries, building on the firm foundation for the peaceful and proactive, yet powerful and productive nation that we all know today.

Indeed, there are not many nations on this planet that can claim a war-free record, and especially considering the last century with two world wars in addition to the endless conflicts rampant throughout the planet – that's quite an accomplishment.

But that's not to suggest that Switzerland has been passively neutral throughout the years.

On the contrary, it’s been actively neutral. And the result is peace and stability, and citizens the world over becoming ever-aware and conscious of the fragile human condition.
The fruits of the Geneva Conventions and the International Red Cross are testaments to this. For this, The Phuket News would like to extend our sincere gratitude to the Swiss and their nation for an on-going and invaluable legacy.

Most Thai people hold Switzerland – and everything Swiss – in high esteem. We know that the two countries had established initial contact, through trade and Swiss missionary visits, since the 17th century.

And though we’ve had 84 years of formal diplomacy since the signing of the Friendship and Trade Agreement in 1931 – which concluded 34 years of talks initiated by then-president Adolf Deucher and King Chulalongkorn (Rama V), who visited Switzerland in 1897 – the main reason why most Thais today hold Switzerland in such high regard is for the Swiss legacy and impact on the Thai people’s destiny through the current monarch.

As Thais, we’ve all heard tales about our beloved rulers, their majesties the king and queen first meeting in Paris, and then ultimately falling in love in the Swiss city of Lausanne, where the then-princess tended to then king-regent following an automobile accident.

In fact, it is in Switzerland where our beloved King Bhumibol (Rama IX) – pictured as an infant, in Switzerland, in the centre of the top-right photo – received most of his education, from the age of five in 1932, until his 24th birthday when he returned to Thailand to formally begin his fortuitous reign.

Building on this Swiss-Thai legacy, Queen Sirikit became the President of the Thai Red Cross Society in 1956, and the fruits of her efforts, and the organization, continue to this day.

Spotlight: What it means to be Swiss in the eyes of Phuket Swiss residents

Can you tell us a little bit about yourself – where did you grow up?
I was born in Biel, a small town in the canton of Bern with about 50,000 inhabitants. Biel is on the linguistic boundary between the French and German speaking parts of Switzerland but I was raised speaking German. The city lies at the foot of the Jura Mountains.

How long have you been living/visiting Thailand?
I’ve been living here for almost 19 years, all in Phuket.
Other than being the Swiss Honorary Consul, what else do you do here?
I used to work for a travel company but last year I started my own company called SOS Phuket which focuses on travel and consulting for expats.

How did you come to be Honorary Swiss Consul in Phuket?
I have been involved in the Swiss Society Phuket Committee since nearly its beginnings, and through this I was always asked for help and advice from our members, often in contact with the Swiss Embassy. When they decided to open an Honorary Consulate, they asked if I would be interested.

Can you tell us a little bit about the job – is it stressful, busy, challenging? What kind of tasks do you deal with day-to-day?
Usually I’m busier during high season. Lost passports are often an issue. I get many phone calls with all kinds of different questions, and if they are more of an administrative nature I have to refer them to the Embassy as I’m not allowed to deal with certain issues, on legal grounds. Very often I am asked about Thai-visa procedures where I have to explain the people that they have to contact Immigration for the correct answer. Sometimes, we have Swiss who get in trouble with the law and I visit them in prison. And proof of life for our retired expats is something I do quite often. I wouldn’t call it stressful, but you deal with lots of different people and some might be more difficult to deal with than others.

What does Swiss National Day mean to you?
It’s a good occasion to remind ourselves of the great values Switzerland stands for and the system of direct democracy, which I think is really unique. On the other hand, I would love to see the Swiss people more open. We as a country have achieved a lot and I think it would be time to do more in the welfare sector.

What does being Swiss mean to you?

Being Swiss means being just, fair and open to other humans around the world. It means equality for everyone and that we take care of the less fortunate too. It also means that everyone is able to play their part in the political evolution of the country.

Is Phuket considered a popular destination among Swiss people in general? If so, why?
Yes, of course. The wonderful beaches and the good infrastructure is attracting a lot of Swiss people to Phuket.

When you’re in Thailand, what do you miss most about Switzerland?
The mountains.

When you’re in Switzerland, what do you miss most about Thailand?
The food.

Can you tell us a little bit about yourself and background?
I am a Swiss citizen, born in Basel, 62 years old and single. I started my career in Switzerland, went to the Hotel School Lausanne, and then continued to work in Paris, Brussels and London in various positions, as a waiter, a receptionist and a apprentice in the F&B industry.

I started my Asian experience in Manila at the Mandarin Oriental in 1978, and moved to Malaysia and then Thailand. I did not leave Asia until 2000 when I went to Egypt. In 2007, I came back to Asia and started at the Moevenpick Resort & Spa Phuket in the position of General Manager.

How long have you been living in/visiting Thailand?
This is my second time in Thailand, intially I joined Siam City Hotels and Resorts as Group General Manager, 1983-89. And I have visited all parts of Thailand, and am familiar with the area I work in.

And how about Phuket?
Been in Phuket for the past seven years. Phuket has been growing over the years. Unfortunately, the infrastructure is not keeping pace with what is being built. Work in some areas has started but is not ready for the upcoming peak season.

What does Swiss National Day mean to you?
We are a big, happy family with approximately 8.2 million inhabitants. During my younger years we lit a large fire on the highest part of the mountain, enjoying the summer evening with family and friends and having a barbeque. We yodel and play our alphorns. That’s what this special day means to me.

What does being Swiss mean to you?
Being warm and hospitable, flexible, punctional, reliable in terms of service (and with a personal touch), and being able to generate joy and delight.

Can you tell us a little bit about your job?
The value we create for customers is the end game – and that is delivered by the experience we create and I bring along. Every hotel faces the same challenges ... It is a busy, year-round job.

How many Swiss guests visit Phuket every year – your hotel and in general?
We have approximately 7,000 guests yearly visiting Phuket but only a small portion of these come to our resort. Some go to Khao Lak and others to Krabi, as the market has shifted to more quiet areas.

Is Phuket considered a popular destination among Swiss people in general? If so, why?
It’s still in their minds, but now we’re leaning more towards other destinations within Thailand. Once the Swiss experienced a destination, he/she may come back one more time, but will look for alternative destinations in the future.

What are some of the biggest differences between Swiss and Thai people/culture?
Thais respect hierarchical relationships, the Swiss not as much. Language; Swiss people are multi-lingual. But a crucial point for outsiders to consider is that to openly criticizing a person here is considered a form of violence, as it hurts the person and is viewed as a conscious attempt to wound that individual. You must be more patient in Thailand than in Switzerland and other parts of the West.