PHUKET: The weather forecast for Ulaanbaatur shows a low of 1ºC by the time the Mongolian men’s national football team returns home from their 10-day training camp at Thanyapura Hotel & Sports Resort in Phuket. 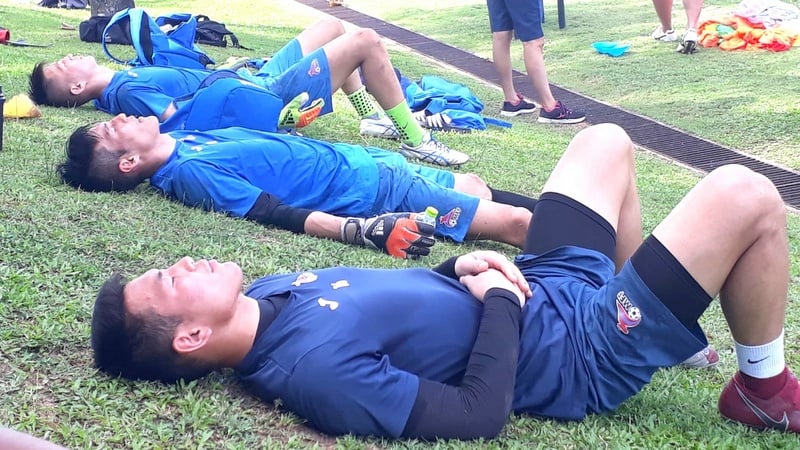 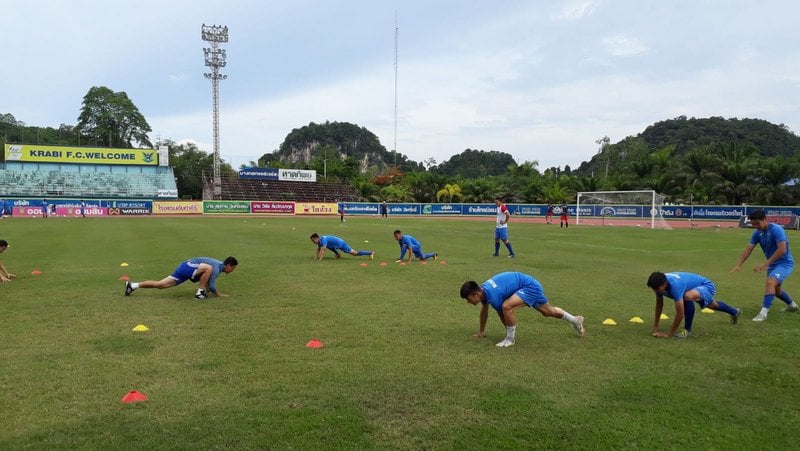 In stark contrast to the heat, humidity and sunshine they've encountered during their visit to the island, there’s a possibility of overnight snow when they arrive back on home soil.

When he asked if he could bring his team to Thailand to acclimatize, the Mongolian Football Federation agreed to support the meticulous preparations of their German coach, Michael Weiss, who is aiming to lead his team to the next stage of World Cup qualifying for the first time.

In less than a week, they face the first step, taking on Brunei over two legs, with the reward a place in the 2022 World Cup Qualifying group stage against the top teams in the Asian Football Confederation (AFC).

In addition to extended training sessions on the field, the Mongolian national team has been changing their routine off of it, engaging in a range of core, Pilates and yoga classes as well as a demanding schedule in the gym.

“The facilities at Thanyapura are amazing, we have taken advantage of many highly professionally conducted classes in order to get the players in optimal physical shape. The recreational measures like the spa, sauna and jacuzzi are also top class to help players recover. The accommodation, the excellent athlete oriented food – everything we need for professional training is here on the campus,” said coach Weiss.

“Despite the ongoing Thai League season, being able to secure matches at short notice against local opposition helped us play under the hot and humid conditions we will soon face in Brunei, conditions that our players are not used to,” said Weiss.

Hosts Phuket City put on a solid performance to beat the visitors 2-0 in what was a friendly training match where coaches used many substitutes as the Mongolians got accustomed to the tropical climate.

On Wednesday (May 26) the Blue Wolves travelled over to Krabi for their second friendly. Mongolia got off to a flyer with a goal inside four minutes; a good cross from the left headed past the Krabi FC keeper from close range.

Both teams played some attractive football through midfield but struggled to make clear chances from open play.

Krabi’s best opportunities came from a series of free kicks early in the second half, including one tipped onto the crossbar from a deflected strike.

In the seven minutes (!) of second-half added time, with Krabi pushing for an equaliser, Mongolia wasted some excellent counter-attacking situations and had a good penalty shout turned down, while Krabi forced a fine save from the Mongolian keeper to preserve the victory.

Wallace added, “I’m extremely grateful to Ben Tan at the Football Association of Thailand for his guidance on setting up games and to both Phuket City and Krabi FC for their willingness to play at a busy time of year for them.

“I’d especially like to thank all of the staff at Thanyapura who have worked very hard to assist the Mongolian national team in all facets of their visit to Phuket. They’re a credit to the organisation and this couldn’t have been done without their support.”

One unexpected bonus from training camp for the Blue Wolves is the speedy recovery of their star striker.

Ganbayar Ganbold, 19, is seen as a hot prospect for the future, having become the first Mongolian player to sign a professional contract in Europe. Getting Ganbold back from a recent hamstring injury and ready for the two matches could potentially be the big difference maker for the Mongolian team. The ability to receive advanced medical treatment in the on-site Integrated Health Centre has boosted his quest for a quicker than anticipated return to action.

Weiss summarised the trip by saying, “All in all, it has been a fantastic experience and camp in a highly competitive and professional environment.”

Mongolia will play the first leg against Brunei on June 6 in front of a sold-out crowd at the MFF Football Centre, before travelling to Brunei for the return fixture.