PHUKET: Phuket Governor Phakaphong Tavipatana this morning led an inspection of Rassada Pier, the main terminal for tourists visiting nearby islands by boat, to highlight marine safety measures in place.

tourismtransportmarineSafety
By The Phuket News 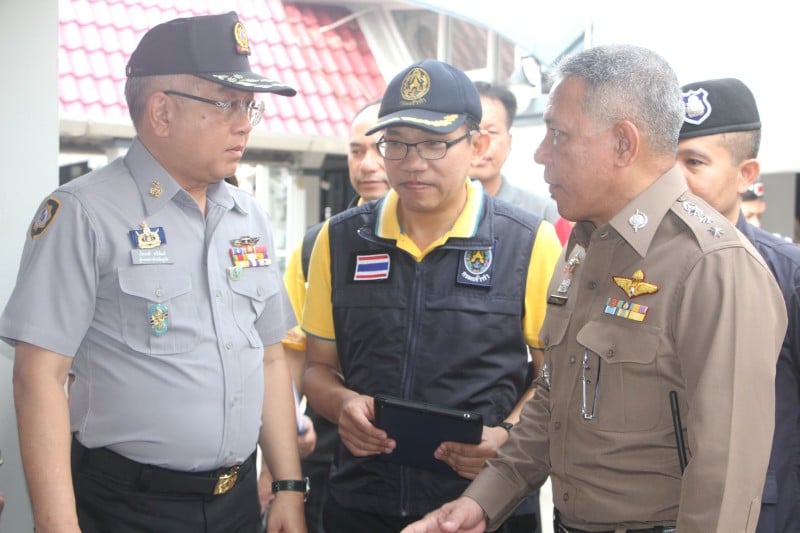 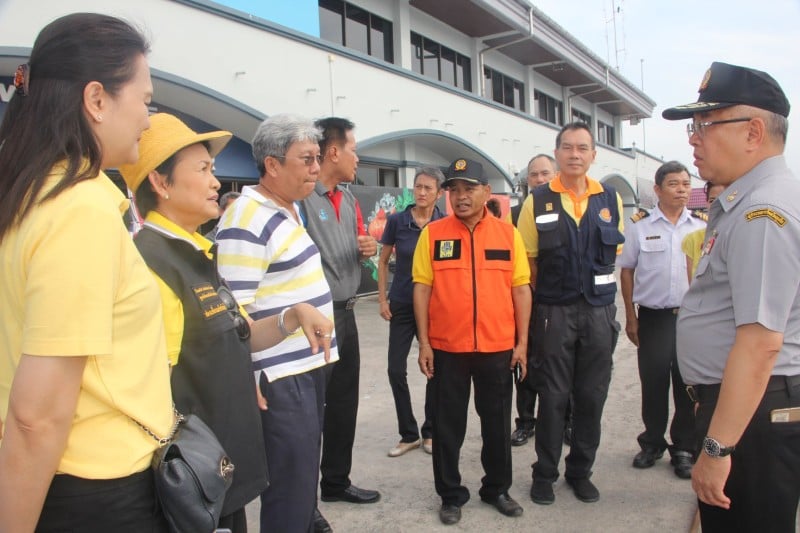 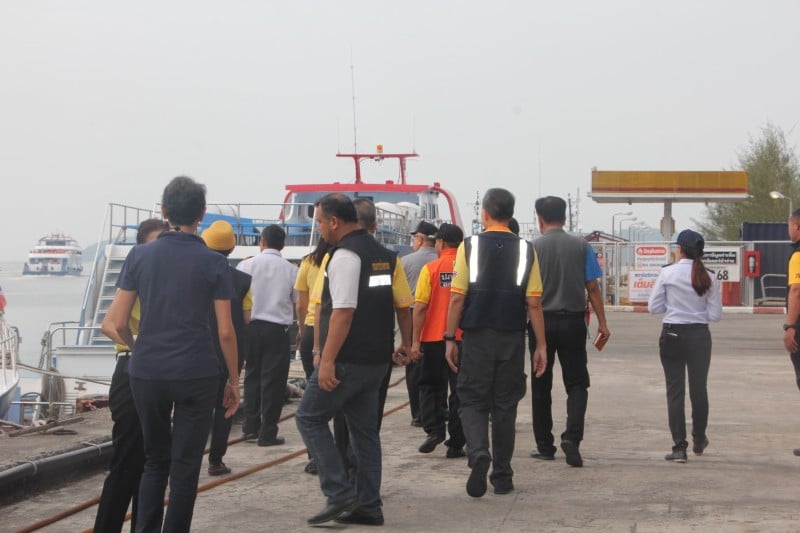 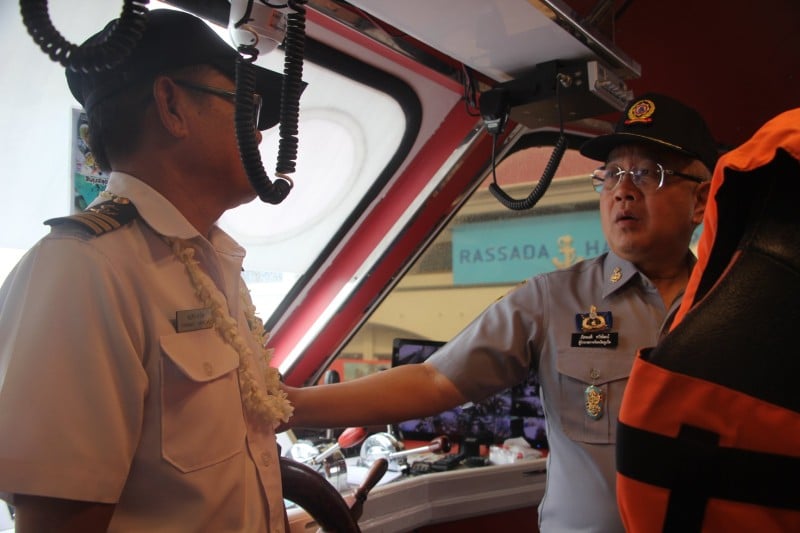 The inspection was held to boost toursts’ confidence in travelling by boat during the Songkran holidays, Governor Phakaphong noted.

Governor Phakphong pointed out that thousands of tourist will be using the main piers in Phuket – Rassada Pier, Chalong Pier and Ao Por Pier – to visit the islands in Phang Nga Bay, including Phi Phi Island.

“Deputy Prime Minister and Minister of Defense Gen Prawit Wongsuwan has ordered Phuket to take care of safety and facilitate tourists traveling by sea during the holidays,” Gov Phakaphong noted.

“For Songkran 2019, the Tourism Authority of Thailand, Phuket Office has estimated 80% occupancy at hotels in the major tourist areas according to booking rates.

At a meeting held this morning to receive reports on safety across the island, Phuket Vice Prakob Wongmaneerung noted that so far Phuket had not record any deaths or injuries from boating incidents.

The inspection was held as part of the efforts to ensure marine safety provisions were being enforced at the 24 piers in Puhket where boats serving tourists operate, he added.

“We must make sure that tourists who travel to Phuket are 100% safe. A working group has been assigned to inspect duties being performed properly,” he said.

Among the marine safety provisions being enforced are ensuring that boat captains and helmsmen have current valid licences and the boat itself is safe and is carrying the correct marine safety equipment, Gov Phakaphong noted.

However, Gov Phakaphong also called on the passengers themselves to observe safety measures while travelling on boats over the holidays.

“During Songkran people should use caution when traveling, strictly follow traffic rules and be safe while traveling home,” he said.

Of note, the curent regime of water-safety regulations in force in Phuket were introduced following the Phoenix tour boat disaster in July last year that saw the boat capsize off Phuket in a storm, killing 47 Chinese tourists.