PHUKET: One of three men wanted for a vicious attack at a New Year’s celebration event at the Sarasin Bridge on Saturday night (Jan 4) that left a 20-year-old student from Phuket Rajabhat University stabbed to death has surrendered himself to police. The attack occurred on the last night of a New Year’s celebration event at the Sarasin Bridge on Saturday (Jan 4). Photo: Eakkapop Thongtub 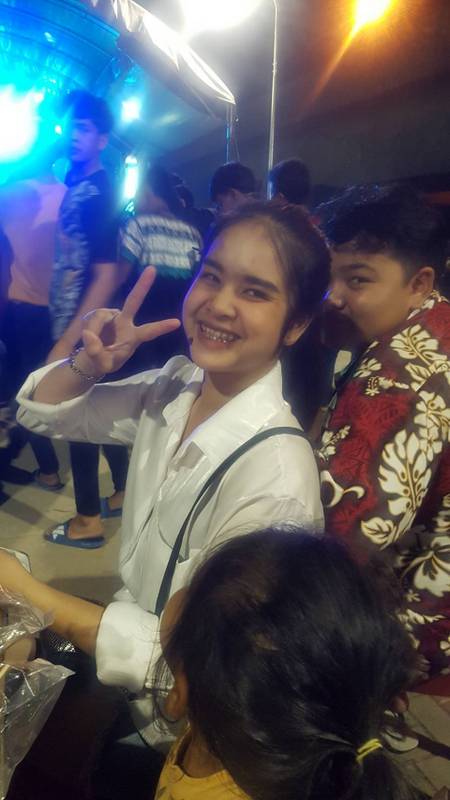 Kerkkiat Songsaeng, 23, from Khok Kloi, just north of Phuket in Phang Nga province, was wanted for his role in the deadly attack, which occurred on Saturday night at the “Countdown Saphan Sarasin” New Year event organised by Mai Khao Subdistrict Administration Organisation (OrBorTor), held at the Sarasin Bridge from Dec 26-Jan 4.

Capt Kraisorn Boonprasop of the Thalang Police said he was first made aware of the attack when staff at Thalang Hospital informed him at 3am yesterday morning (Jan 5) that a woman brought to the hospital had died of knife wounds.

At the hospital officers were shown the body of Noppamas “Baitong” Ngenyangthong, 20, originally from Prachuap Khiri Khan. She had died from a two-centimeter stab wound under the left breast. She had also suffered slash wounds on her left wrist and left calf.

Hospital staff told police that Miss Noppamas died while being rushed to the hospital.

Four other people were injured in the attack, Capt Kraisorn reported.

Thanaphon Janjit, 23, had been stabbed in the stomach, suffered a large slash to his chest and had a head wound that took three stitches to close. He was taken to Thalang Hospital, but transferred to Vachira Phuket Hospital for surgery.

Rattanawan “Kaem” Khunthong, 23, from Prachuap Khiri Khan province, told police that she and Miss Noppamas had been girlfriends for about five years.

The couple with about 10 friends on Saturday went to the last night of the event for a live music concert, she said.

After the concert, one of the group, Sittichai Khongyam, 18, went to urinate in the grass under the bridge. After Mr Sittichai had finished his business, he was attacked by three men.

Earlier during the night, the three men had made unwelcome gestures and advances towards Miss Noppamas, Miss Rattanawan explained.

Mr Thanaphon, a 23-year-old third-year student at Thalang Technical College, went to intervene, and the three men turned to attack him, smashing a beer bottle on his head, she said.

During the fight, one of the three attackers grabbed a meat cleaver from a local vendor and struck Mr Thanaphon several times. However, the attacker dropped the knife and Mr Thanaphon was able to pick it up and chase the attackers off, she said.

Miss Rattanawan said that Miss Noppamas had never had a boyfriend. The two had been a couple since school in Prachuap Khiri Khan.

However, on the night of the attack Miss Noppamas was openly showing her affection in public, which was unusual for her, Miss Rattanawan said.

Miss Rattanawan told police that she already knew the three men before the attack.

Before the surrender of Kerkkiat, Capt Kraisorn said that police had the names of all three attackers and were taking action to take all three into custody.

Police are are now tracking down the remaining two, Capt Kraisorn said.