PHUKET: Police arrested a woman in Rawai yesterday (Mar 5) after a failed drug arrest led officials to the house she was staying and found in possession of a homemade gun fitted with a magazine, a stash of marijuana and a wildcat skin and a deerŌĆÖs head. 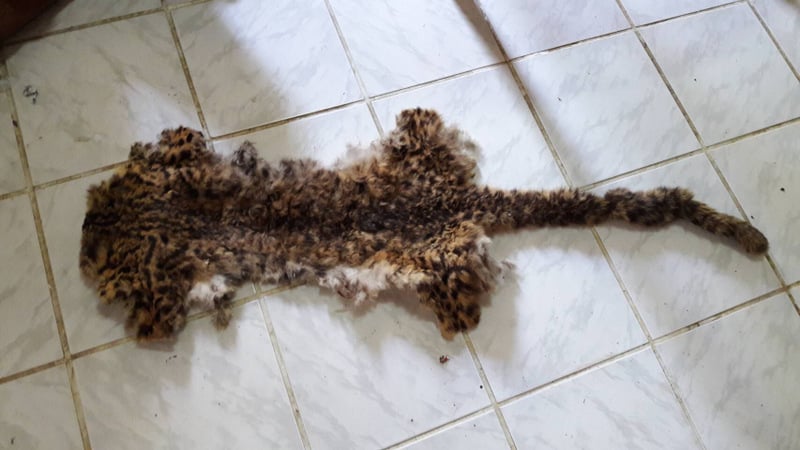 A team of officials from Muang Phuket District Office together with Maj Noppadon Piromboon of Region 8 Police arrested Anchalee Pantumas, 27, from Nakhon Sawan, at a house in Moo 2 Rawai.

"He also sells drugs to other boat speedboat crewmen and to foreigners,” Mr Danai said.

“On Friday (Mar 2) at about 5pm, officials went to Rawai Beach, but when San saw officials, he did not come to shore from the speedboat,” he explained.

“At 9:20am officials caught a suspect who was driving a motorbike from the house. The suspect told us that the people in the house sell drugs,” Mr Danai said.

“San was driving a motorbike from his house with his friend on another motorbike. Officials followed them to Rawai Pier as we had received a tip-off that San was carrying drugs to sell at a speedboat.

“San and his friend parked their motorbikes at Rawai Beach. Officials were unable to catch them as they moved very quickly to get onto the speedboat and took off from the pier,” he added.

“Anchalee admitted the charges against her,” he added.

Officials are now continuing their investigation to track down San and his friend, Mr Danai said.