PHUKET: The sound of a loud explosion unsettled tourists on Bangla Rd in Patong this afternoon (Dec 3) as a power overload saw several electricity meters short out and start a small fire in one of the bars on the busy street. 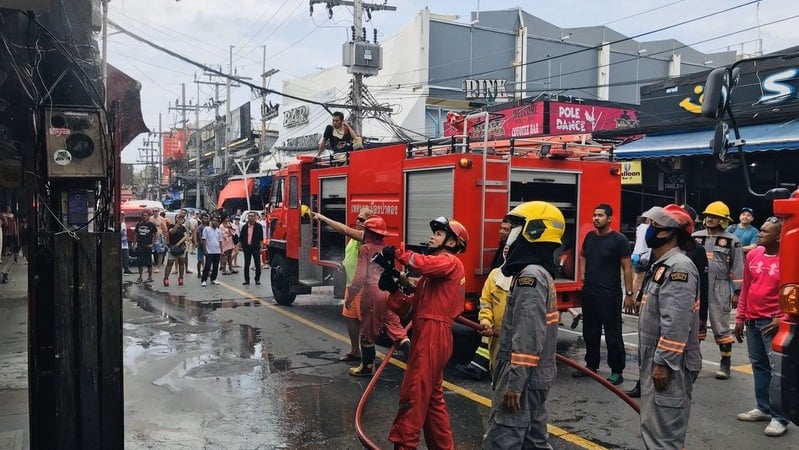 Bystanders look on as traffic on Bangla Rd is forced to a standstill. Photo: Patong Municipality Fire Dept

The sound of the electrical explosion boomed along the road at about 2:20pm as the wires overhanging Heroes Bar and nearby power meters burst from the charge.

Firefighters were soon at the scene and had the small electrical fire out within about 10 minutes, one of the firefighters told The Phuket News.

Workers from the Patong branch of the Provincial Electricity Authority (PEA Patong) shut off power supply to the area while repairs could be made.

Jaray Ratthakan of the PEA Patong office explained that a broken lightning rod at the top of the power pole where the explosion happened was to blame.

“We shut off the power off all along Bangla Rd while we made the repairs. The breakage led to a power surge, which caused the explosion,” he said.

The repairs were completed in about 30 minutes, Mr Jaray said.

“Normal power supply to the street has been restored,” he confirmed.