PHUKET: The Australian Consulate-General in Phuket last Friday (Feb 14) hosted an event to celebrate cooperation on beach safety, and the handing over of a children’s book relating a story highlighting water safety that has been translated into Thai and will be handed out to local Thai schools.

tourismmarineSafetypatong
By The Phuket News 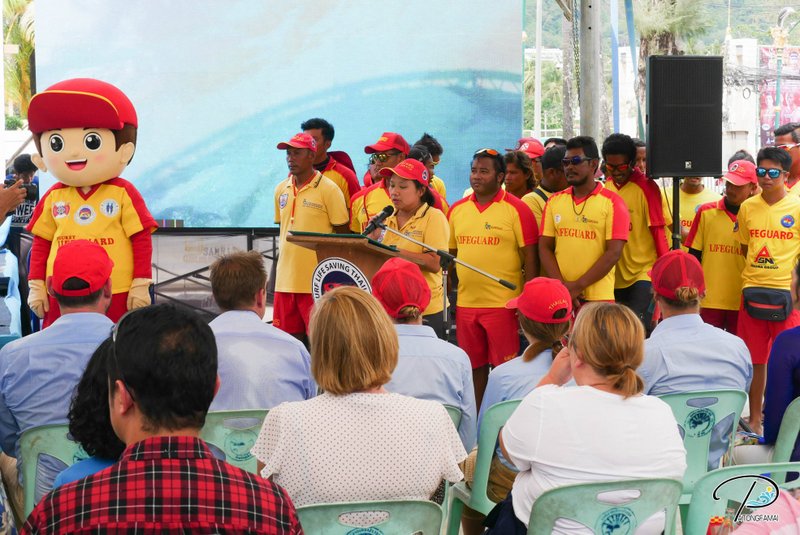 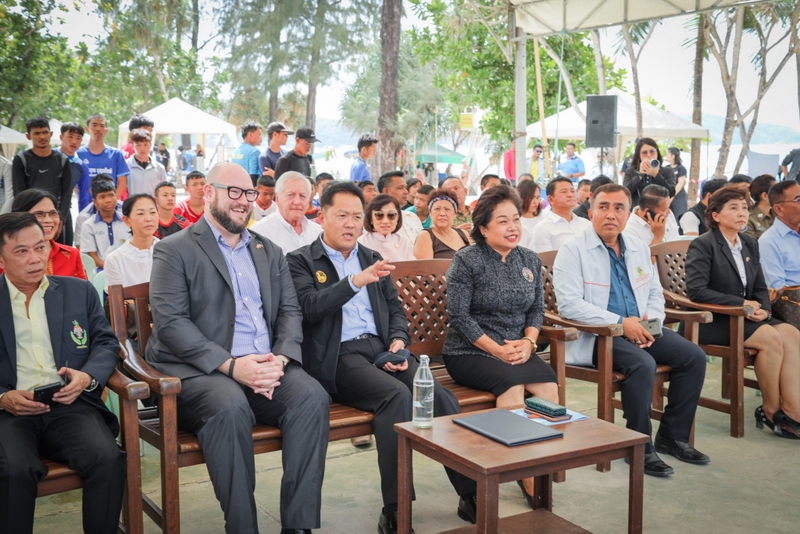 Also in attendance were members of the Phuket consular corps, Phuket Hotels Association and Phuket Chamber of Commerce.

The event recognised the efforts of six Australian lifeguards from Surf Life Saving New South Wales who spent a week in Phuket training with their local counterparts and children.

Training team leader David Field said the week provided an opportunity for Australian trainers to work with local Thai trainers who delivered a high quality of instruction to eager trainees.

The Australian Consulate-General will be distributing copies to local schools in coming months.

As part of the event, Thai trainees completed a quick-paced rescue relay to show off their newly honed skills.

“I am looking forward to more skills exchanges between lifeguards from Phuket and Australia in the future,” Mr Barclay said.

"...people have not complied with measures..." Duh, this is the result of growing up in a...(Read More)

There were at least 200 people crammed together at Phuket Immigration everyday last week. Surely the...(Read More)

Beach closed but what about access to the get out in the ocean? On another note went for some shoppi...(Read More)

2 Week beach closure only? When Government orders beach closures among the many different time perio...(Read More)

Authorities will not admit that the possible patients zero for these infections in Phuket are the 2 ...(Read More)

There are russians in Chalong, Rawai who work. At home, do their work cyber wise. Their wives have c...(Read More)

Ok, pleasant to know that at 3 am the Corona Covid-19 virus starts to rest/sleep. ( until what time?...(Read More)

Nice photo of a health official. Not using his mask, no cloves. He can infect the people he suppose ...(Read More)

Can truck loads of Myanmar workers carry on travelling around Phuket and continue working?...(Read More)