Asia’s first locally-produced, regionally-syndicated music chart programme has announced its awards for No. 1 Song, No. 1 Group and No. 1 Artist in Asia for 2018.

Entertainment
By The Phuket News 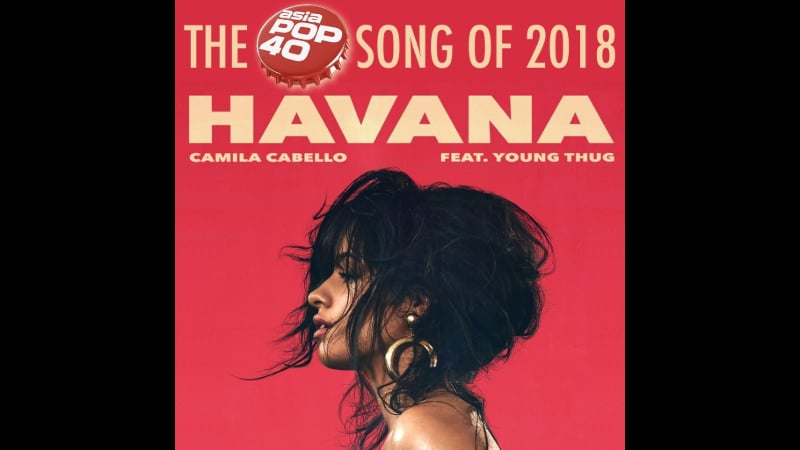 The awards were announced on air last weekend on Asia Pop 40. Camila Cabello stole the show with two awards: No. 1 song and No. 1 artist. EDM-pop chart toppers The Chainsmokers were crowned No. 1 Group.

The annual countdown of the top 140 songs of 2018 on the Asia Pop 40 chart played out on air throughout January and was based purely on their ranking in the AP40 chart and the number of weeks they appeared during the year.

The awards were announced on air last weekend on Asia Pop 40.

Throughout January, the region’s first and only syndicated radio chart countdown programme, Asia Pop 40, counted down the most popular 140 songs from 2018 over four weekly installments.

Creator and Executive Producer of Asia Pop 40, Rob Graham, stated: “There was so much great music in 2018. Everyone at EON Media Group and Asia Pop 40 was very excited to honour Camila and Drew and Alex in this way as they’ve been massive contributors to our chart over the past year.”

Each week Asia Pop 40 counts down the most popular downloads across Asia to produce a pan-regional radio programme.

Asia Pop 40 was created by and is syndicated by EON Syndicated Media, based in Singapore.

EON’s Executive Producer Rob Graham stated, “The Asia Pop 40 chart is the main reference source for what’s hot in Asian music for the world’s music media. And because AP40 is made in Asia for Asia, this makes the Asia Pop 40 chart truly relevant for Asian audiences by being Asia’s first-ever official regional chart.”

Asia Pop 40 airs weekly on Phuket Live 89.5 on Fridays from 9pm and Sundays from 1pm.